It's one thing to grow and expand a business, but it's also important to support the local community and charities.

Since 1995, the Jarvis Group has provided over $10 million in support to South Australian and South East Asian charities.

Jarvis provides major support to the following charities and organisations:

For nearly 30 years the Jarvis Group has been a major sponsor of Variety SA.

Our sponsorship of this great organisation, which provides support to children in need in our community, ranges from our sponsorship of the Variety 4WD Challenge, to donating the 2015 Clipsal Safety Car (an FPV GT) Boss to Variety to auction as charity partner of the Clipsal 500.

Animals Asia is most well known for it's on-going work in saving the "Moon Bears" in China and Vietnam. 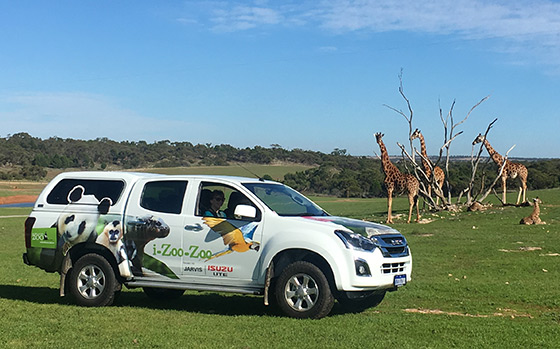 The Jarvis Group has sponsored ZoosSA since 2008.

As a proud supporter, Jarvis Isuzu UTE currently provides an Isuzu D-MAX for the Zoo’s use, with the vehicle aptly being named “I-Zoo-Zoo”!

The Barossa District Football and Netball Club is based in Williamstown at the southern gateway to the Barossa Valley, incorporating the towns of Lyndoch and Williamstown.

Established in 1908, the Tanunda Football Club is one of the Barossa Valley's most successful and prominent sporting teams, hosting both junior and senior teams.

As a relative newcomer to the Barossa, the Jarvis Group wanted to be involved at a grass roots level with an established organisation which is an integral part of the region and the community… and support it.

Included with
every used car from Jarvis.

Why buy from Jarvis

You get more value
with a car from Jarvis.

OUR PURPOSE
Jarvis is a people driven company, focused on providing an environment which creates loyal, satisfied customers and staff.

Please complete the following details to download your brochure